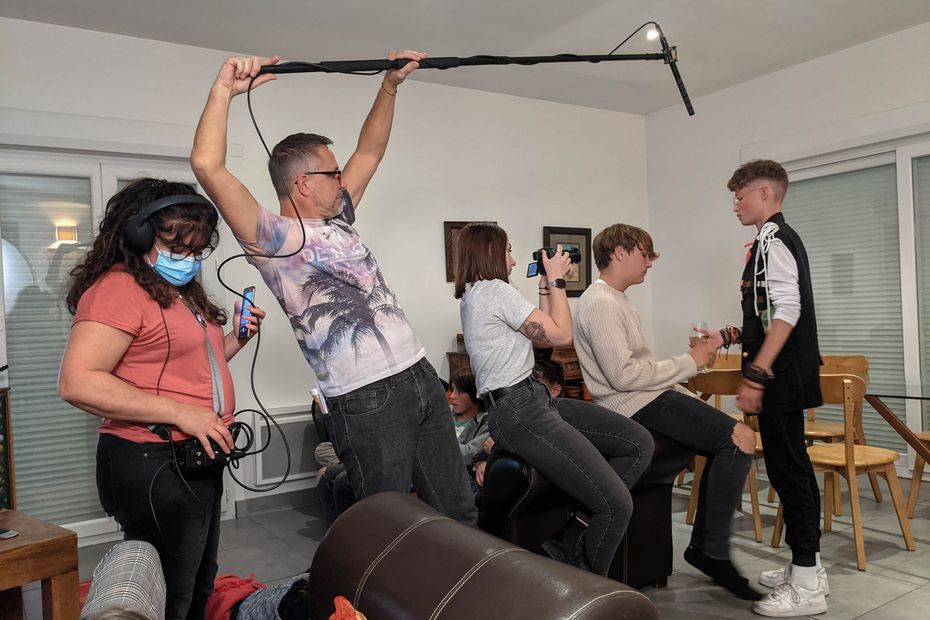 Filming for the first season of “After the World” ended on Saturday, April 23 in Vence. In order for this series, which features teens from Vence and the surrounding area, to be released, the team is appealing for donations.

In a world not so far from ours, a virus causes people over 25 to die. So the youngest, sometimes from childhood, have to take the place of the adults and learn to live differently. This is the plot ofAfter the world a series created, written and directed by a vençois, David Rivière.

The first season, planned in 4 episodes of 52 minutes, follows the fate of seven characters. Among them two brothers aged 14 and 18 competing to become mayor of the city, a teenager who wants to find his father’s love or even a child who wants to remain in his role as a child, despite this virus, that turns everything. vise versa.

It all started with the desire to adapt His Majesty of the Flies for a group of children and teenagers who wanted to try their hand at theater. “We had plans to put up a piece after this work and let them play in a parking lot or on a small stage,” remembers David Rivière, who was behind the project’s origins.

Eventually, the small band became so caught up in the game that David Rivière would repeat the experience the following year, with the same group. “This Time I Wanted Us to Make a Musical: An Adaptation of Into The Woods”, he details. As Coviden walks by, they decide to embark on a filmed work rather than a play performed in front of an audience. This is the ideaafter the world was born in the minds of David Rivière. “The story I wrote was so long that it quickly became a series”, he said.

He then takes over the first troupe, but the showrunner from Vence again does some auditions to complete the cast. The new actors come of course from Vence, but also from the surrounding villages such as Saint-Jeannet, Bar-sur-Loup, La Colle-sur-Loup, Saint-Paul-de-Vence … The cast is mainly composed of children and young people between 8 and 20 years. Moreover, since these villages also occupy places, it is a bit as if they were all filming at home. “The municipalities have opened the doors for us”, recognizes the creator of the series.

We created alliances between children who otherwise would never have met each other. It has become a new family.

Filming began in July 2021, “since children can only film during school holidays”, says David Rivière. In total, including the actors and the entire crew, more than 300 volunteers worked on this project. “But in order to edit the series, we have to pay an editor, explains the director. It can be nice to get involved in a project on a voluntary basis when you are filming in your village, but asking someone to lock themselves in and do some free editing for two months is a bit limiting. “

This funding would also make it possible to begin work for season 2. When the producer went to the CanneSéries festival, David Rivière hopes to find a TV station soon. This would allow him to fund the rest of his story. But you have to plan for all the possibilities: “For season 2, we could not afford to volunteer again, so there we had to have about 600,000 euros to continue …”

In the meantime, the team hasafter the world hoping to reach 20,000 euros to complete season 1. Their kitty is available online. Each contribution gives rise to a reward such as. a poster, a tour of the set or even getting their name on the credits. And as a bonus, the donation is deductible!

Ideally, David Rivière imagines his series being spread over six seasons. The writer, director and actor (he also plays a role in the series!) Hopes to be able to show the first episodes for the team over the summer. For the general public, we have to wait a little longer.