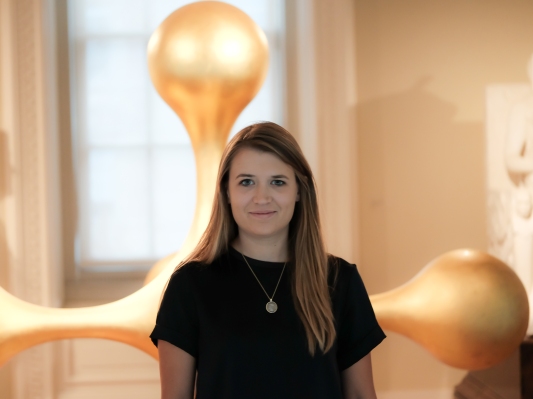 Jill Gunter is no stranger to crypto – she has seen the market through its ups and downs, researched blockchain protocols, worked at several crypto startups and co-founded her own and invested as one than crypto-VC at Slow Ventures. Gunter began following the crypto area in 2011 when she worked in the traditional financial world as a derivatives trader at Goldman Sachs, and when Bitcoin was the only major layer-1 blockchain.

Since then, Gunter told TechCrunch’s Chain Reaction podcast that she’s been able to witness three different stages of development within the industry, leading her to this moment of fierce competition between several established blockchains and even more new protocols entering the battle.

The first phase is what Gunter called the era of altcoins. Protocols like Litecoin, Dogecoin and ZCash emerged around this time, when developers were trying to change the Bitcoin protocol in specific ways, such as changing the block size to change system throughput, she explained.

“What you found were a lot of blockchains and a lot of tokens that had many of the same features as Bitcoin, but that changed the way it works,” Gunter said.

The next phase in the development of new blockchains came with the creation of Ethereum in 2015, according to Gunter. Ethereum brought a “radical change” in terms of what you could do with a blockchain by introducing the concept of programmability.

While alternative blockchains such as Solana and Avalanche offer lower costs and can process transactions much faster than Ethereum, Gunter said these other chains have not been “fully proven, as Ethereum. Was” because they did not have to deal with as many users with it same.

Plus, these new channels have all “centralized something in some way,” Gunter continued.

“For the most part, these things have ways on their roadmap to continue decentralizing over time, but again, we have not yet seen these tested. We also need to see how decentralization really matters to users in terms of architecture. of these things, “Gunter said.

These different blockchains must increasingly compete with each other to attract developers to their ecosystems. As a co-founder of Espresso Systems, a privacy-focused layer-1 blockchain, Gunter knows on his own how difficult it can be to get engineers to invest time in developing projects on a blockchain when there is so much competition.

“I personally do not think it’s good enough just to hold out a White Paper that says, oh, we’re actually becoming more scalable and more decentralized than anything else,” Gunter said. “I think you have to have functionalities that are really different from what already exists. And I think neither of them is good enough without the other – I think you need to explain why your system will be the most popular and strongest in the future.

Admittedly, she added, “all Layer 1 projects make the right sounds,” but they have not yet been tested by users. Especially if crypto continues to experience a market downturn, winners and losers in the battle between tier 1 blockchains can separate faster than the industry expected.

You can listen to Gunter’s full interview on our podcast, Chain Reaction. Subscribe to Chain Reaction on Apple, Spotify or your alternative podcast platform to follow us every week.