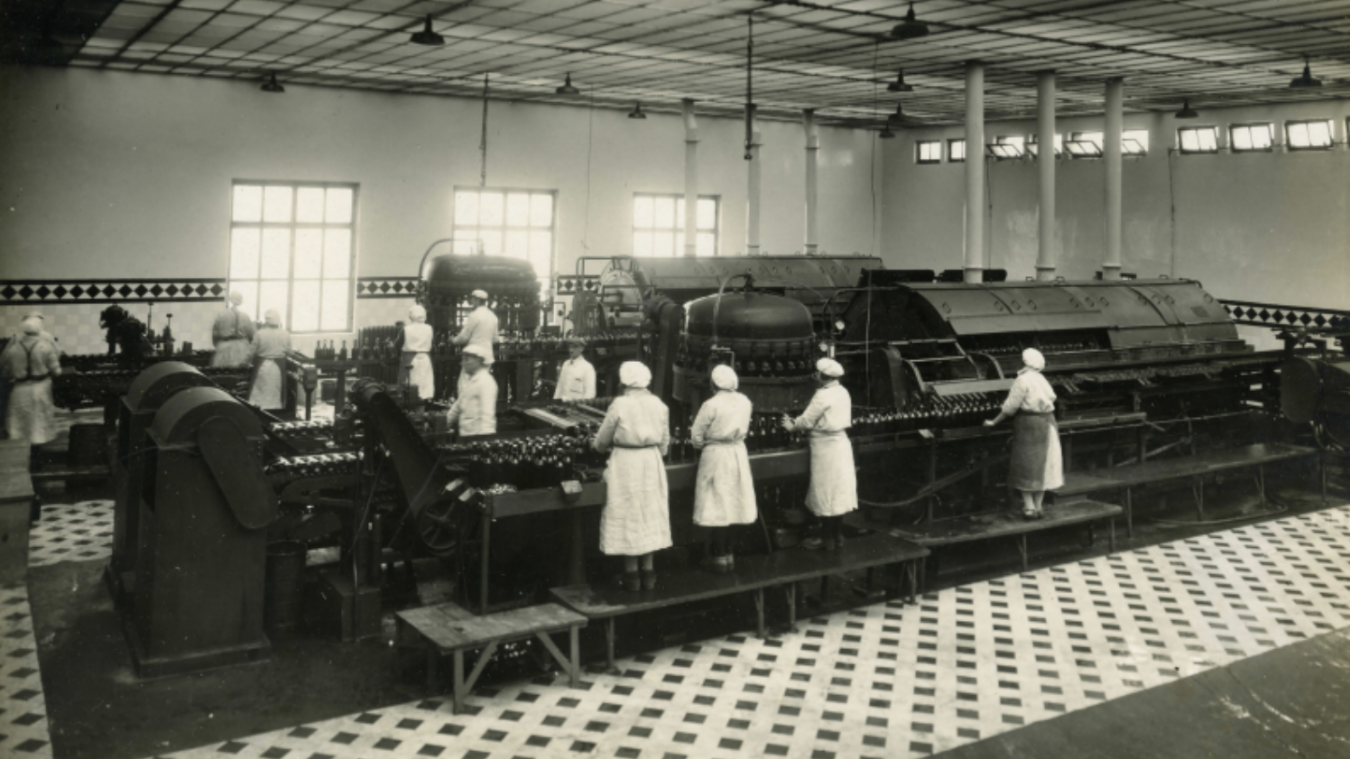 
” Knowing where you are coming from allows you to know where you are going. We do not really know who said it first, but the team at the Motte-Cordonnier brewery probably used it to organize an original exhibition for a month at Armentiérois and Weppes, an event called ” A brewery and people “.

” It is a tribute to the thousands of collaborators who succeeded », Announces the members of the 9th and 10th generation of the Motte family, who imagined this original exhibition, which combines local history and the daily life of the workers of that time, whether they were master brewers, malters, traders, tappers or even drivers.

On top of the activity, produces annually 800,000 hectolitersthey were close 1,000 employees to “work at Motte”, and every day to gather around the Etoile du Brasseur, the historic emblem of the brewery that can be found throughout the sector but also in Lille, on the front of cafes, sometimes converted into homes. By the 1920s, there were already at least 300 of the 400 estaminettes in the Cité de la Toile, where Motte-Cordonnier beer was served.

In the 1950s, there was a social climate that could not be found anywhere else in Armentiérois. The company had even built public housing, a chapel or even laid out allotment gardens. Summer camps received the children of the staff. A bygone era where leaders and workers celebrated Saint-Arnoult togetherpatron saint of brewers, around huge banquets.

It is this family spirit that the exhibition wants to share through photos, archival documents, advertisements, beer glasses or even objects from the time. Among these treasures, in the grimaces of these magicians, some recipes from these wizarding apprentices which simply based on water, barley, hops, yeast and sometimes a secret pinch spice, has created foam so soft on the palate.

Expo “A brewery and men” from May 24 to June 25 in the upstairs room of the Armentiérois and Weppe tourist office.

Sunday, June 5 from kl. 14.00 to 17.00, conference on the Motte-Cordonnier epic until its takeover by Stella-Artois.

Legislature: Roger Vicot wants to tilt the 11th District to the left

No newspaper this morning after a computer error

Metropolis of Lille: all about the Utopia parade of lille3000 this Saturday, May 14th