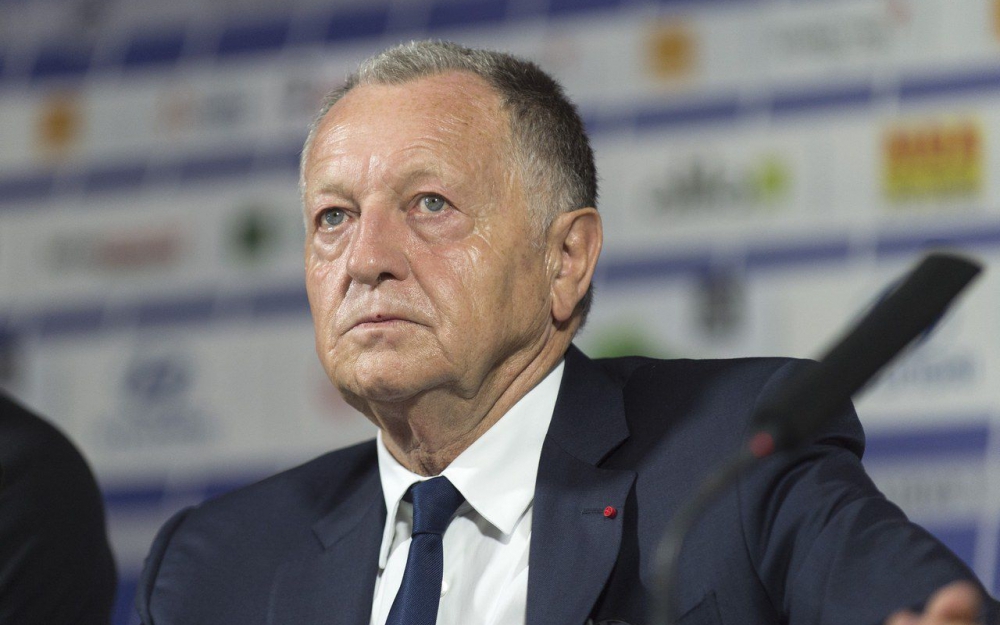 A letter that the president has chosen to write to Olympique Lyonnais Enthusiasts and in which he resumes this “unique relationship” established for several years between fans and management, one of the foundations of their “common love” for the Olympics.

Here is Jean-Michel Aulas’ open letter to Olympic fans in its entirety:

Open letter from Jean-Michel Aulas to fans of Olympique Lyonnais

“Two days before the end of the 2021-2022 season, I have chosen to write to all of you, fans of Olympique Lyonnais. Since the time we grew up together (35 years), I have always preferred to speak directly to you, even if it sometimes will have given me a few blows, not always very honest, when they have not been treated since ‘shadow.But this unique relationship that binds us is one of the foundations of our common love for Olympique Lyonnais.

So I will not talk to you about a holy union before this battle against Nantes. You have answered so many times during this season that it is now up to us to give you this love a hundred times. It is up to us and our players to find this outburst of pride to end this season at home with a better image.

I also want to reassure you and remind you that not everything is played out in a single season when you are an institution as solid as ours. Remember the mistakes and reconstructions of AC Milan, Inter Milan, Juventus or Atlético. We can be proud of how far we have come in more than 35 years, but also impatient to see what we still have to go.

The mistake we have to make is to burn what we love, in order to better reduce our history, but also our ambition, to ashes.

We have not been spared this season, the storm has been strong. We are facing this paradox, which means that after a good European campaign, crowned with a first French place in UEFA, we will certainly not find the same Europe next season. It’s heartbreaking for you, as it is for us.

We have stumbled, but above all we are picking ourselves up, we have learned, and we are more than ever on our feet, even stronger if you are with us. Other clubs would not have had this chance and we now have an opportunity to rebuild a stronger and more competitive Olympique Lyonnais. An Olympique Lyonnais that will be able to make the experience of this season one of their strengths for the future.

We have already begun a deep interrogation at the end of this three-year cycle, marked by an investment of 175 million euros for our men’s team. We must face our mistakes so as not to repeat them again, without hiding ourselves or finding excuses, even though at each of our initiatives we have tried to find the light of the future using our glorious past.

I don’t think we got lost along the way, but today I know it was important to rediscover our fundamental elements, our Olympic DNA, a mentality that will be part of a vengeance next season. It is not a revolution, our roots are there.

We must continue to be inspired by all that makes the identity of Olympique Lyonnais, as well as the return to the front line for our women, who will play their 10th European final in Turin on 21 May. Model that we want to develop within all teams, also including former club players at the highest level and employees from our DNA such as Sonia and Camille. Let us be proud of this identity of Olympique Lyonnais, which we also find in our young people who have just won Gambardella and are laying the groundwork for the future of the institution, but also of our entire academy, which is nearing the end of one of the finest seasons of its history.

When I talk about these successes, it is not to hide our failures on the professional team. They simply carry the germ of our future success in them, so many inspirations from which we must nourish ourselves. This DNA is one of our keys to building the new cycle. And to know where we are going, we must not forget where we are coming from.

Work, training, transmission, respect for our Olympic coat of arms and values, but also this typical Lyonnais mix of humility and pride, this synthesis of local players and others from elsewhere, young people having life ahead of them, and others more experienced who want to share: We must return to the values ​​of the club, return to an Olympic identity, do what it takes to rebuild a conquering state of mind.

We have already anticipated the expansion of Wendie Renard and Mohamed El Arouch and our willingness to extend Maxence Caqueret and Rayan Cherki in the long run: we are building in this direction. We want the DNA of Lyon training to be the key word for the future. We will pay attention to the profiles of our players who will join us, and will try to target in priority those whom we consider to be compatible with the philosophy and spirit of the club, which you embody yourself by being the most unconditional supporters of our Olympics.

We will push towards this state of mind to get out of comfort because we owe all our fans and Olympic enthusiasts revenge. The coach must also be the guarantor of our Olympic values, we must help him in his mission, allow him to have players with this exemplary state of mind and be ready to open the door for those who are not in our Lyon philosophy.