The Dubai Design District (aka d3) is a part of the city entirely devoted to design, architecture and innovation (photo below). If it is a place of creation 359 days a year where co-working spaces, start-ups, showrooms and, for several months, the first design university in the region called Dubai Institute of Design and Innovation (DIDI) with the aim of sustainable To provide design solutions to today’s problems, it hosts 6 days (since 2013) Dubai Design Week whose 2018 edition was held from 12 to 17 November. 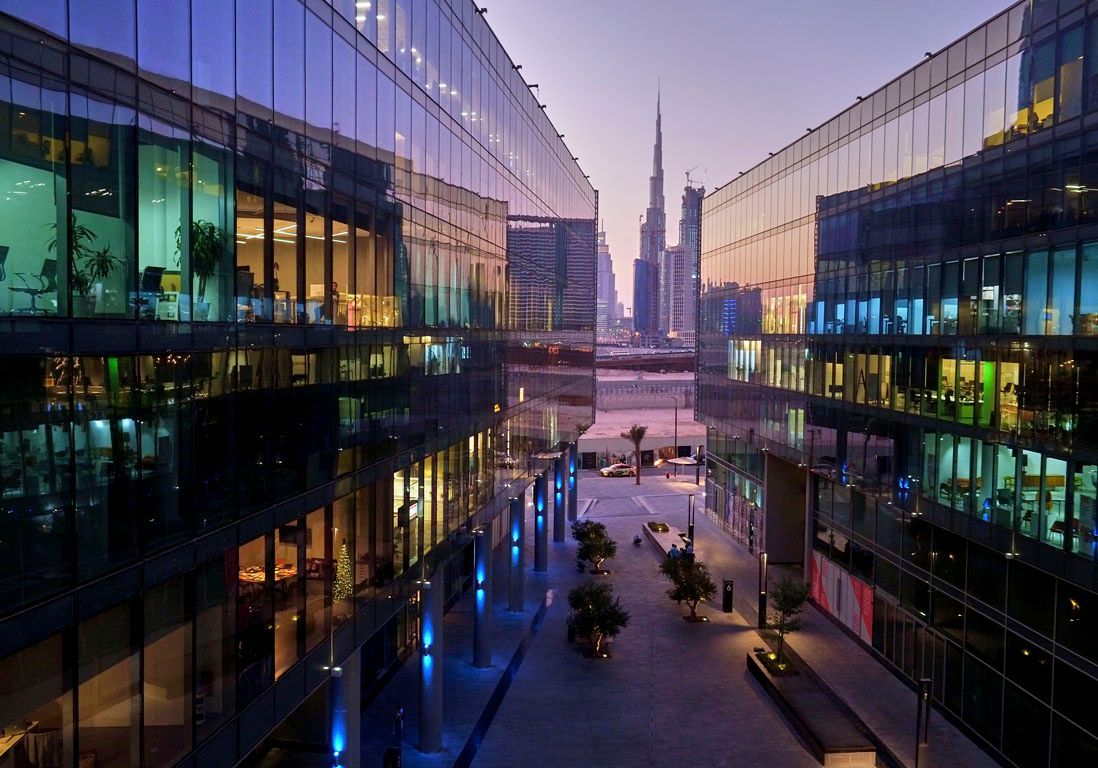 On the program of this annual event not to be missed: conferences and workshops, as well as exhibitions such as “Abwab” (meaning “doors”), an opening to elsewhere with five creations each presented in a small pavilion and designed by designers originating from Beirut, Amman, Kuwait (pictured below), Dubai and the eastern provinces of Saudi Arabia. The opportunity to highlight regional achievements and purely local know-how. 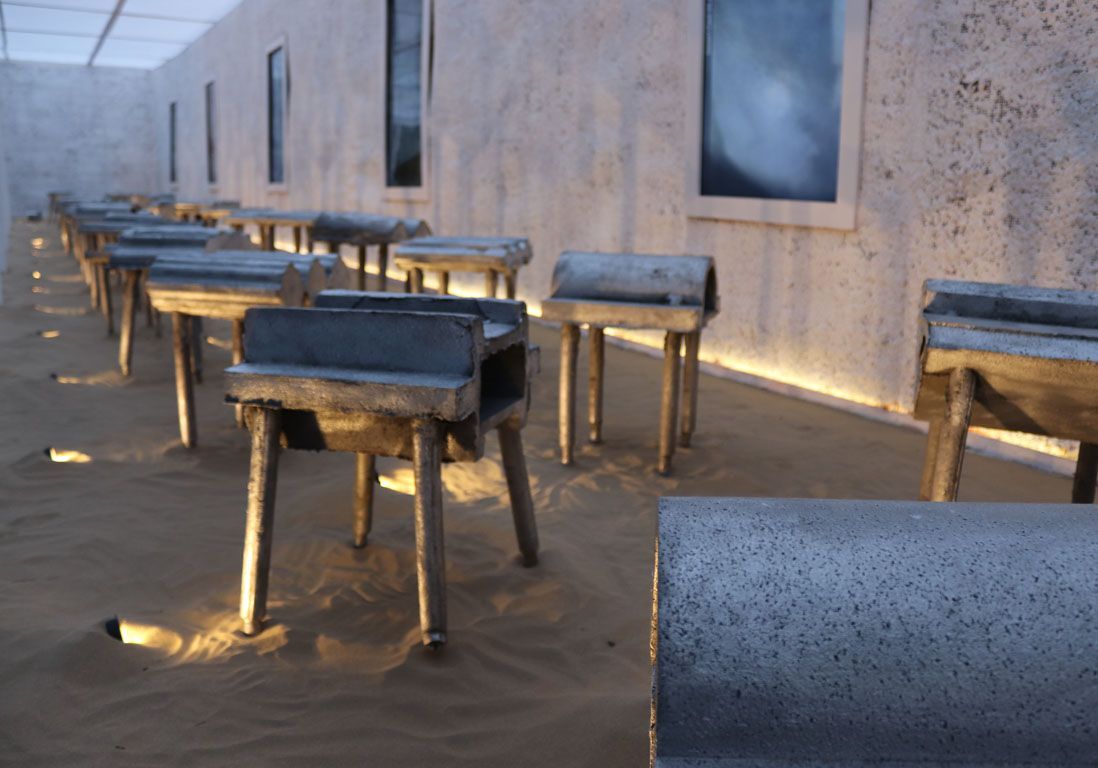 Another highlight: the “Aglow” facility (pictured below) signed by British artist Liz West in collaboration with feminist brand Nemozena. The work consists of 169 fluorescent colored acrylic bowls, filled with a background of water and depicting the relationship between color and light† 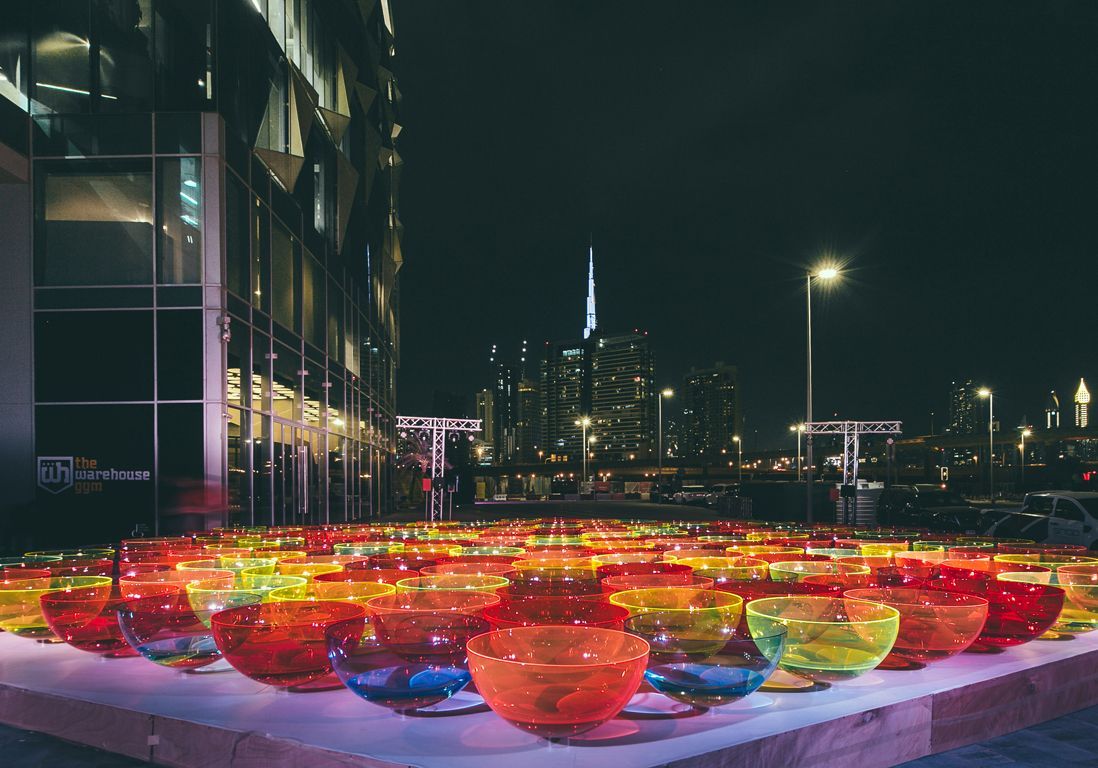 Many competitions are also hosted, including the gigantic Global Grad Show†an exhibition with, on the program, The Progress Prize which takes place every year and a challenge called Dubai Evolution Challenge which took place for the first time in 2018. on the menu: 150 creations, all focused on the future and conceived by design students from all over the worldincluding the most beautiful schools in the world (92 universities from 43 countries) such as the Royal College of Arts, Keio University and Harvard to name a few. 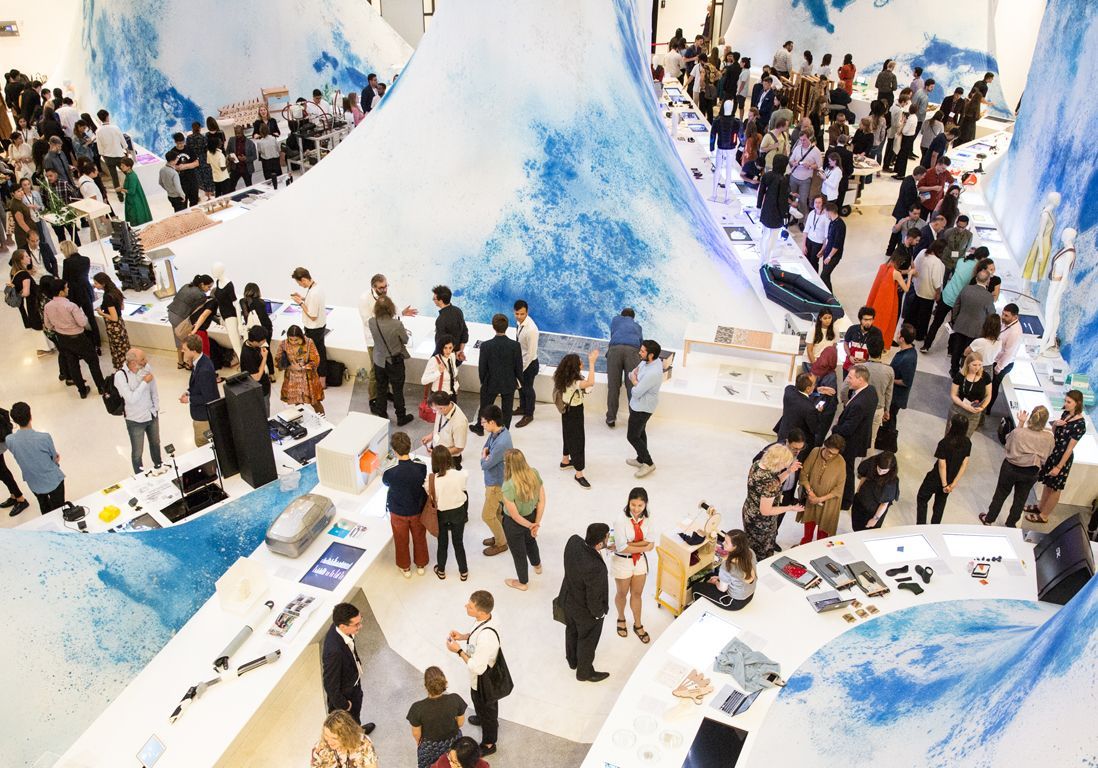 Our first crush? Smart furniture designed to transform the corridors into a meeting and exchange space. This project is signed by Seray Ozdemir who studied at the Royal College of Arts in London. 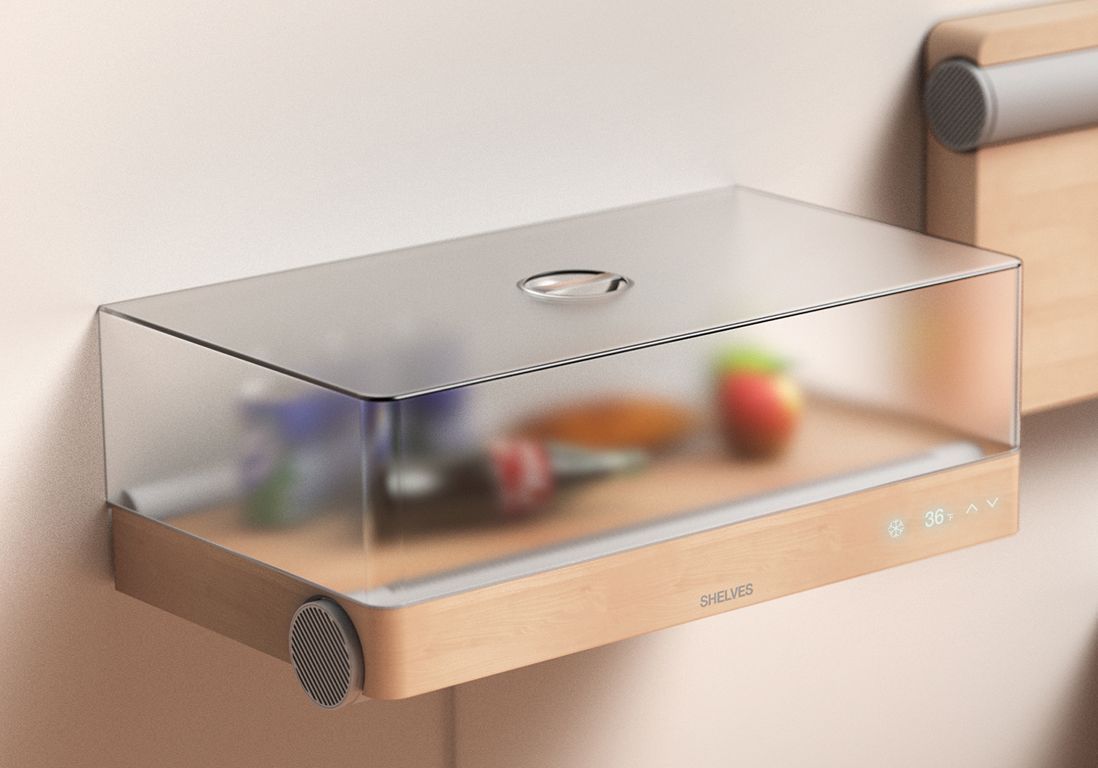 Another highlight of Dubai Design Week: Downtown Editions (part of Downtown Design). Bringing together more than 150 international exhibitors and above all 40 talents from the local sceneit’s the unmissable commercial event of the week, present only creations designed in small series and in limited edition† The opportunity to discover local crafts in a contemporary way.

The low sofas typical of Middle Eastern countries are decorated with organic and minimalist lines such as the “Thuluth” model (pictured below) created by Emirati interior designer, Alia Mazrooei, for 1971 Design Space. A nod to the region, the design is inspired by the sand dunes that come and go with the wind.

Another favorite: The Line Concept studio, created by Newsha Dastaviz and Dana Al Matrook in 2016. Their latest “Continuum” collection reflects thelocal craftsmanship as each piece is produced in Dubai and made by hand† The Line Concept, with its very current style, is the perfect example of Emirati design ready to take on the world.

Finally, the Saccal sisters, Nour and Maysa, founded the Saccal Design House studio in Beirut in 2014. Their credo: design objects that are not static, but rather tools that generate actions, reactions and sensitivitiesall in noble materials (photo below). 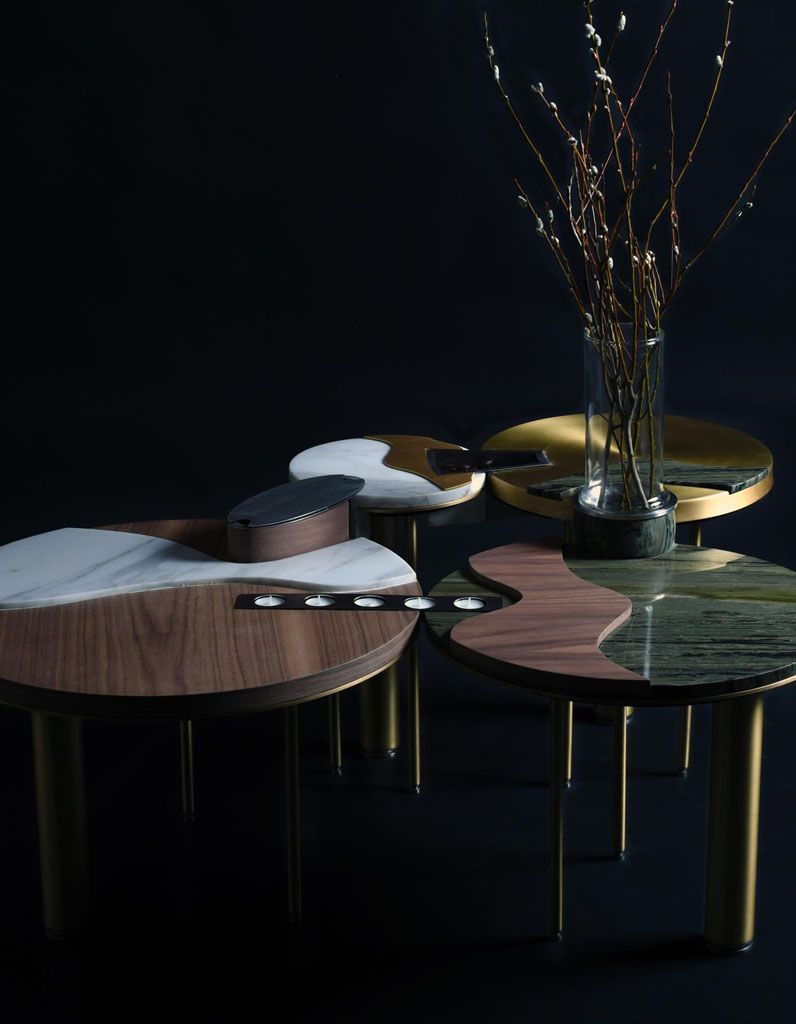 Egypt is also honored through the Talata studio (photo below). His engagement: revives Egyptian and Emirati crafts and introduces contemporary concepts. 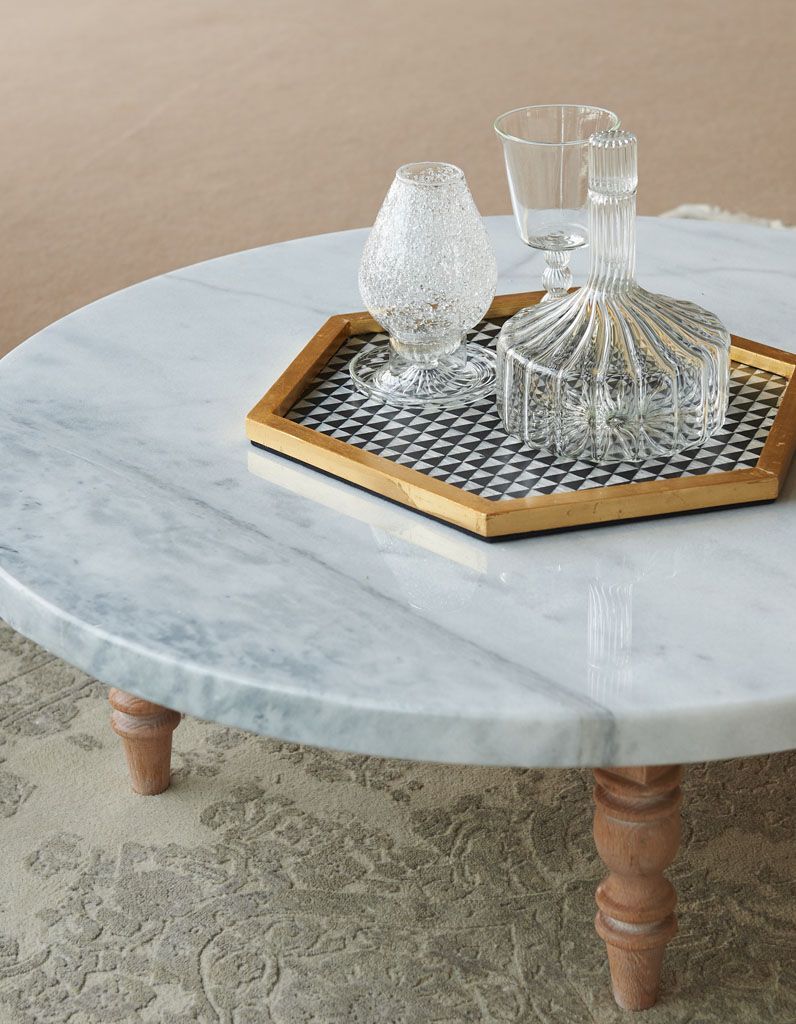 When the cosmopolitan city of Dubai has become clear the nerve center of design in the United Arab Emirates for a few years now its aura has crossed some boundaries and radiates over an even larger region called MESENA (Middle East, North Africa and South Asia). proof, the city will host the 2020 World’s Fair (from October 20, 2020 to April 10, 2021) with the theme “Connecting minds, create the future” with mobility, sustainability and opportunities as three axes. Dubai and design, a new love story we tell you!

>> More information on the official website of Dubai Design Week

22 iconic designer lamps to invest in (without ever regretting it)