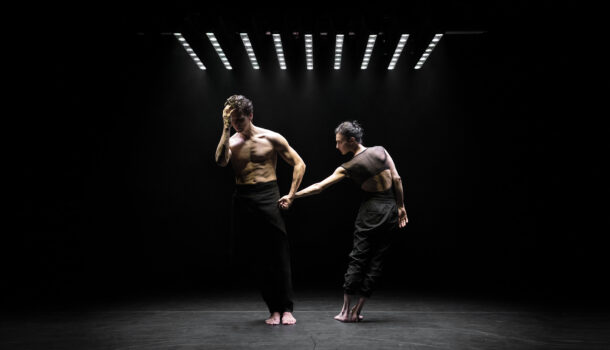 USOn May 11, after two years of waiting due to several postponements and cancellations, I was finally able to witness the long-awaited performance of the work “Crypto”, a creation of the internationally acclaimed Quebec dancer Guillaume Côté. Thus, this show, presented until May 14, could come to life on stage at the Théâtre Maisonneuve on the Place des Arts. This innovative work, to say the least unique, told in the form of a fable, turns out to be a collaborative work consisting of visual effects, narrative, theater, music and dance.

Guillaume Côté was inspired by cryptozoology (the science of these so-called “hidden” animals, which have not yet been discovered by official zoology) to offer us a work whose dreamlike vision is carried by a quartet of dancers. The latter embodied different characters: Greta Hodgkindon (the woman), Natasha Poon Woo (the surgeon), Casia Vengoechea (the beast) and Guillaume (the man).

With composer Mikael Karlsson’s exciting music and the contribution of visual effects created by Hub Studio, based on a story written by Royce Vavrek, the audience at Place des Arts was invited to discover a story in the style of Modern Prometheus: I saw there a strong will in man, to transform the beauty of nature into a human form, but without him thinking about the consequences it can bring …

The show began with a solo performance by Guillaume Côté, followed by a pas de deux between the characters from the man and of wifewith a narrative background put into words by a supporting voice, whose words evoked a quest, namely of beauty and monstrosity.

The scenography, composed of lighting effects and projections, outlined a forest populated by different animals. I was delighted, at this very moment, to decipher a nice choreographic language in which the movements of the dancers were fluid and very well executed.

However, I found that the dark play of light and the equally dark costumes in general did not allow the spectators to admire all the movements, especially the jumps and pirouettes of the dancer Guillaume Côté, which is a shame.

The show continued with visually interesting projections for the eye. Among other things, I could appreciate a superb visual effect, which was illustrated in the form of a tunnel. The latter served to give energy to the dancer’s journey, which then entered a magical world, to meet a distressed animal (the body of the dancer Casia Vengoechea), who wore a unitard with brown lines, which gave her a certain camouflage.

For a moment, I almost felt like I was watching an animated film; it was a very successful visual effect! 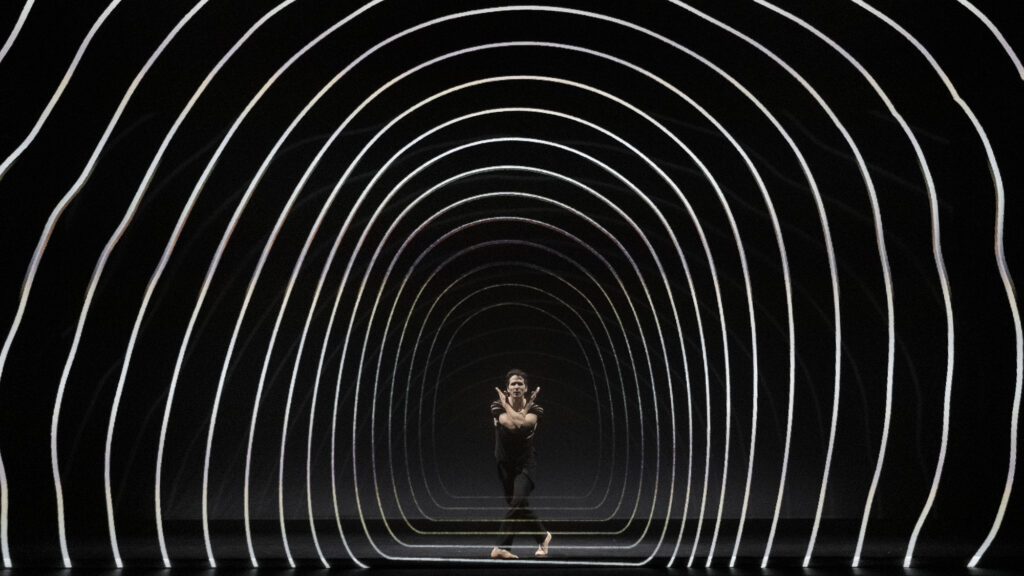 Until this painting, I must admit that the common thread that connected the narrative, the scenography, and the dance formed a coherent and harmonious whole. Aside from the fact that the screenings stopped very quickly, the narrative frame disappeared, only to reappear at the end of the show, and the choreographic writing showed several exercises that I could have done without.

Upon reflection, I thought that during this scene I understood that the animal in question was captured and then transformed into a human. But personally, I had already lost the connection, no matter how thin, between dance and history …

And I admit that I was destabilized by this narrative pause that made me lose track of the story!

At some point in history, we also found the character of the surgeon who transforms the animal into a human, which is interpreted by dancer Natasha Poon Woo. The latter, I must admit, was able to deliver a dynamic performance of undeniable technique!

As for the interpretation of Casia Vengoechea, this one undoubtedly destabilized the public with her interpretation as we could see her body assume almost inhuman forms! Although these movements are an integral part of the show, I could not stop wondering the relevance of pushing the interpretation to the point of creating such unnatural forms of a human body …

This choreography, I admit, even made me forget the neoclassical and modern dance forms I was spoiled with throughout the performance!

A creation, to say the least, unique!

Although some movements would have deserved to be redesigned, the strength was off Cryptoin my opinion, lies in the dance itself, namely the interpretation and performance of the movements of four artists who knew perform excellent throughout the show.

I salute the initiative of Guillaume Côté, who offered us, despite some disappointments, a unique (and different!) Work that will open the door to new creations and equally daring artistic reflections, I am sure.