Whereas The Norwegian flopped at the box office, Robert Eggers took the time to return to the film and wonder about the future of his career.

That’s a fact, and it’s sad: The Norwegian by Robert Eggers (the man behind The witch and The lighthouse) failed to shine at the box office, despite the shirtless Alexander Skarsgård’s trump card as a hyperviolent Viking. After its sixth week of release on North American soil, the film has so far raised only $ 33 million for a budget of $ 70-90 million. And it’s not international that the film has managed to prove itself, as to date it has not exceeded $ 70 million.

We can say that despite its excellent cast (Anya Taylor-Joy, Ethan Hawke, Nicole Kidman, Willem Dafoe), impressive images that take your courage and its breathtaking atmosphere, The Norwegian picks up. If his remake project of Nosferatu de Murnau stands still at the moment, it’s time for Eggers to find another strategy.

After considering The Norwegian as an anti-Marvel movie, Eggers gave a layer of it by saying he would never ever see Marvel (take it Taika Waititi, Chloé Zhao and others Sam Raimi) in an interview with The Daily Beast. Interview where he talks more broadly about the condition of the cinema and his cinema:

“I think the film lived up to the expectations of such a bad market! (laughs) Am I disappointed that three or four weeks after the release we’re on VOD because that’s the way it is in the post-Covid world? Yes. But the movie is doing well on VOD, so that’s it. When I see people on social media taking pictures of themselves watching The Northman on their laptops and getting completely agitated, I get tears in my eyes. But it’s like that.

If Eggers had directed Thor

I need to revise my strategy based on what I pitch to a studio. For example, how can I be myself and survive in this environment? Because even though they probably do not want me, I do not want to direct a Marvel movie, nor do I intend to try to get the rights to Spawn or anything like that. I will continue to do what I plan to do. But I know everyone’s nervous right now, you know? Everyone is nervous. And it’s legal. »

Beyond the disappointing, even catastrophic numbers The Norwegian, the director therefore wonders what place he can get in the system. A Viking film of 70-90 million, with a duration of 2h17, looks like an anomaly. Its failure is therefore full of meaning and will certainly serve as a sad example for other future projects of the same magnitude.

Robert Eggers’ bitterness goes even further as he has a very tough attitude towards his film. In an interview with MadMovies (number 360), the filmmaker goes so far as to say that he is absolutely not happy with The Norwegian : 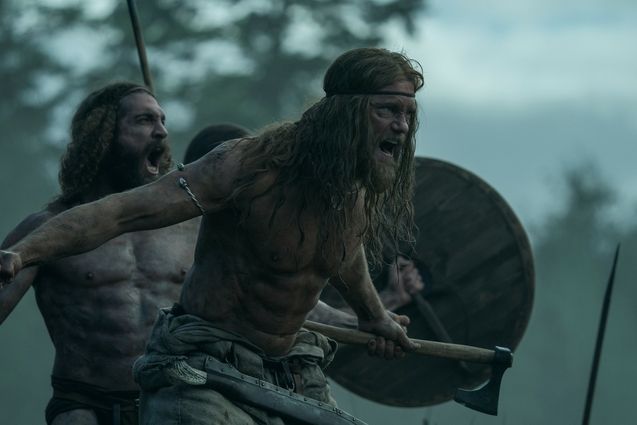 The great movie sequence for Eggers (and everyone else)

“This sequence [celle du raid sur le village] is one of the few things about the Norwegian that I am really proud of. […] The Norwegian scale was miss the mark for me. I did not have the necessary experience to record a film of this magnitude. So I’m proud of some aspects, but just like with The Witch, I can not be really happy. […] I’m not saying The Northman is bad, I’m saying it does not live up to my expectations. »

If he claims to have been able to put the paw in The Norwegian (and thankfully finally) Eggers is not happy with the end result and seems to worry about the sequel and wonder if it will be able to remain true to itself. For now the project Nosferatu interrupted or at least suspended, Eggers’ schedule seems rather free. In France, The Norwegian is still in cinemas.