Skip to content
Writing for Vanessa Bell is an experience. It lives itself, takes root in the most fertile species, vibrates with its chimeras as much as with its truths, summons the revolutions to drink to the bottom of it. Of MONUMENTS published today by Le Noroît editions, she combines her words with the images of Kéven Tremblay to create a perfect introduction between the word and the territory. Pursuing a personal work composed of anger and amazement, here Vanessa Bell reveals dreamy expanses borrowed from raw beauty that, haunted by desire, become deeply entrenched within us.

In MONUMENTS, your poetry is that of the landscape, it merges with the power of the water, stops the overflows and lets them overwhelm us the next moment. Your words seem to follow the rhythm of the surf, pushing the waves back towards the shore and then picking up momentum and blowing out to sea. Anger or patience, blindness or refuge, how did you experience writing this book?
What moving observations. Thank you! I must confess right away that I like excesses, drunkenness, abandonment and that I tend to trust outbursts.

There is one very sober answer to this question and another that appeals to the senses.

In practice, this book was written somewhat without my knowledge. From a creation residence at the beginning of the pandemic (I greet Juliette Bernatchez, Eric Leblanc and Marie-Josée Lépine from the virtual residence 40 x 40) a ten page fanzine was born, made in collaboration with Kéven Tremblay and with the complicity by Noémie Pomerleau-Cloutier and Baudouin Lalo. This first version of what is now MONUMENTS already combined analog photos, poems and botany. This project was technically finished, but a year later I was back in it thanks to a creation residency in Salon58, in Marsoui (I salute Priscilla Guy, Sovann Rochon-PromTep and Clotilde Dyotte-Gabelier), then the project was supported and broadcast by the city of Quebec in the summer of 2021. It was during this time that the current form became more apparent. The poems multiplied, as did the images. The model of the book was created together with Chany Lagueux and Maxime Rheault of the graphic design agency Criterium. A few months later, there were two copies of the book, hundreds of hikers had their hands on it, and two gold editors, Charlotte Francoeur and Mélissa Labonté, took the gamble to publish our work. An amazing adventure that made us experience a lot of emotions, especially due to the special format and the paper crisis that caused the release to be postponed twice.

From a sensory point of view, I would even dare to say sensual, this book was a deep dive into desire. The longing for the other, for love, for the lover, for adventure, for territory, for food, for the body abused by the elements that also enjoys all this satisfaction. Thinking that this text would not be published, I surrendered to it, let it advance, I let it write. I didn’t try to text it, I followed what pulses under the belly, blushing the cheeks, before it freezes on paper. It was a privileged moment to revisit the rich and grandiose territory of Newfoundland, the land and river routes we took to get there, this suspended time that presupposes adventure.

Of MONUMENTS, the writing is resolutely situated in an act of love in its most obvious manifestation. I wrote it above, this book was written without my knowledge. It is a surprise.

Several photos are out of focus, brushing along lines and curves, imbued with a modesty that suggests rather than reveals. What attitude does this lens take by the nebulae endorse?
On this one I have to leave a lot of space for Kéven Tremblay, who is behind all the silver photos in the book, as I for my part sign the digital photos. It should be remembered that photos preceded the idea of ​​​​a fanzine or a book. It was a form of archiving, not of facts but of states. It’s also really to Kéven’s intimacy that we access through this “nebulous lens”. When we were in Newfoundland, he had brought a device that had a slight leak in the case. The idea was to investigate, to try, to work with accidents to see how his intentions could be animated by something outside of him, by a spectral presence. In his own words, it is a bit of a selfish job, since he first wanted to keep the mystery for himself.

Added to Kéven’s work is that of the designer and photographer Maxime Rheault, who provided the artistic direction of the book project and who imagined the black and white canvas reminiscent of the Pillars of Buren, which acts as a binding motif between the different materials. and parts of the book. 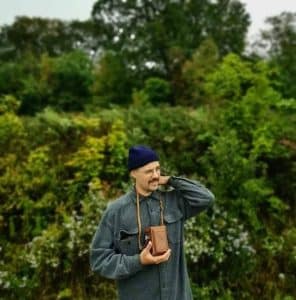 The words are elusive, but your collection is very embodied. It seems to have a body in the same way as the landscapes erected before our eyes. What is your relationship to the tangible, to what you can see, hear, touch?
I am someone who tends to spend a lot of time in his head, but whose writing engine is in the experience of the body, of the senses. I grew up with a musician father who played the piano for hours every day and had an outspoken love for the pleasures of the table. My mother, for her part, passed on to me the love of silence, contemplation, huts, small pots and the secrets that can be placed in them. The tangible for us has always been the springboard to reverie, imagination, the construction of an unusual, not to say savior, reality.

Afterwards I think – I hope so at least – that my head manages to translate these states that are certainly shared by all living things, but that do not have the same echo from one person to another. I’m really struck every time a reader tells me they’ve felt through my writing what you’re getting here. callselusive. Through my work I strive not to create margins, but livable places to settle down. 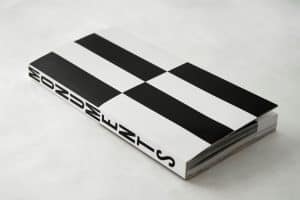 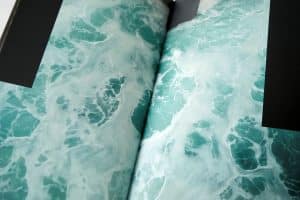 You write : ” choose as if to write as if dying is an act of love “. There is something in your poetry that belongs to the ritual, certain pieces can even be associated with a pagan prayer. What relationship do you have with the sacred?
Such a beautiful question that could be the subject of a book, a podcast, or at least a much longer format! Thank you for this attention to my writing, it is so precious. I’m, as my great-grandmother used to say, wild (and I’ve got something to hold on to!). Lonely I already surrendered to all kinds of rituals that were of the greatest importance to me. These are motifs that I like to find in various forms in the poetry of several current authors and poets, including Sylvie Laliberté, Tania Langlais, Annie-Claude Thériault and Maude Pilon, to name a few. For its part, the sacred, both in its religious and pagan aspects, has always had a strong attraction for me through its iconography and its representations, but it was only at the beginning of my adult life that I developed a more concrete relationship with a form of spirituality. It is clear that nature is the place where all these impulses come together. 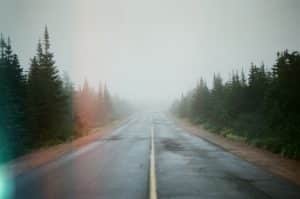 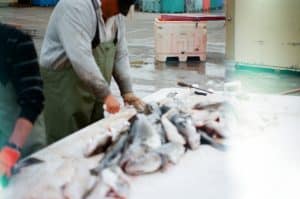 For me, all these spaces contribute to the same thing: writing. If my first collection marked the readership more by its attitude of proclamation, anger, resistance, the fact remains that these themes, these impulses, are also gestures of love. Of MONUMENTS, the writing is resolutely situated in an act of love in its most obvious manifestation. I wrote it above, this book was written without my knowledge. It is a surprise. And reading it in its entirety did me a world of good. It was like hearing from someone you love – yourself in this case – and seeing that the outbursts are made of passions, fresh air, satisfied desires. That love and all the shared and secret rituals that revolve around its manifestations have always been at the heart of my life.

Through my work I strive not to create margins, but livable places to settle down.

The territory seems immutable, but your collection, both in word and in photos, is a good testimony to the fact that it is in constant flux, in constant transformation and that it contains a memory that transcends the limits of its contours. How do you live there?
I want to redirect the question to respond to the immutable/perpetual motion opposition. Before writing this book, I studied a number of archival records, stories, and historical reports to build bridges between what was, what is, what remains, and what my writing carries. These facts, I have hidden them in poetry, the ideal place to show without being seen.

I also worked on memory, life, transmission, with Noémie Pomerleau-Cloutier who was a botanical advisor for this project and Baudouin Lalo who translated the names of the edible species that originated the poems in the second suite to the Innu – aimun of the Lower North Shore; language which, in its territorial proximity, comes closest to those which have existed on the island of Newfoundland. These aspects, although not brought up at any point in the project, are part of the experience that Kéven and I have tried to translate through this book. A real and imaginary experience, an experience rooted in history, storytelling and giving back, I hope. The areas have much to teach us, we just have to get to know them, explore them, observe them, hear their revolutions, witness their metamorphoses. 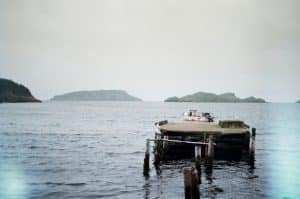 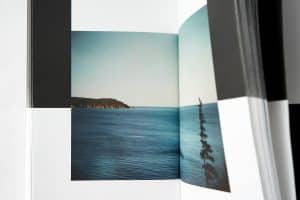